Yesterday, there was another knock at the door.
I looked down below the doorstep, and there was a tiny green creature.
He reminded me of a lima bean. 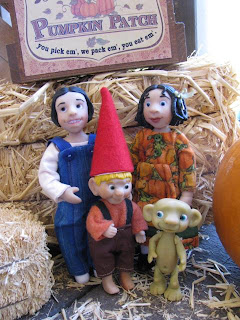 He introduced himself as a "nombie", pronouced "nome-y" like "homey".
He said that he came from the moon with a group of 23 other nombies
looking to explore life on earth.
He had been sent to us in New Mexico. 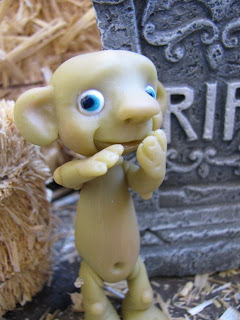 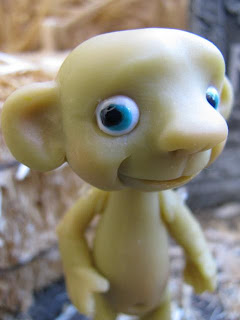 Yeah, he still looked like a lima bean, so we named him "Bean".
He said he didn't mind what name we used as long as it fit his personality.
On the moon, there is no verbal language.
They transmit their ideas and feelings telepathically,
so there was no Earth translation for the feeling that feels like him. 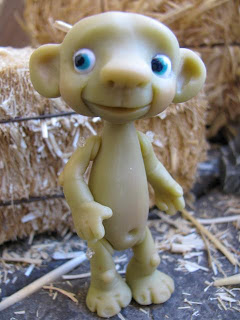 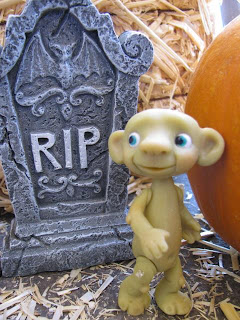 Bean started telling us how all the nombies were very interested
in fruits and vegetables on Earth. They are so pretty and so tasty! 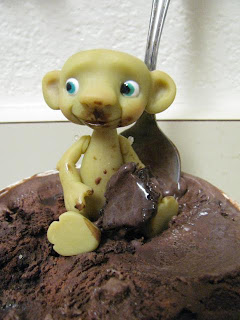 I looked around, and found a tub of Chocolate Therapy;
a flavor by Ben & Jerry's.
He decided that ice cream was pretty darn exciting, too!