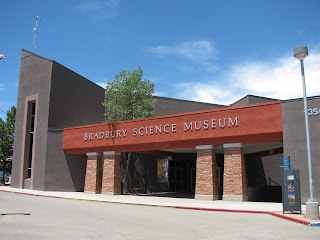 The Dr. Norris Bradbury Science Museum is located
in Los Alamos, New Mexico.
It is a science/history museum regarding the development
of the atomic bomb during World War II,
the secrecy of the Manhattan Project and the existence of Los Alamos,
communication and the science behind the testing of the bomb,
nuclear energy, the science behind explosives,
space, and high level science. 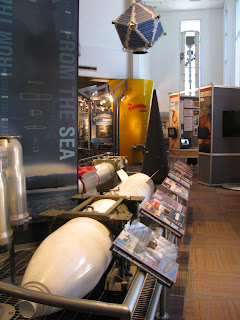 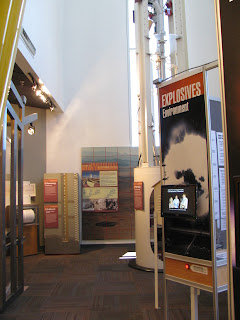 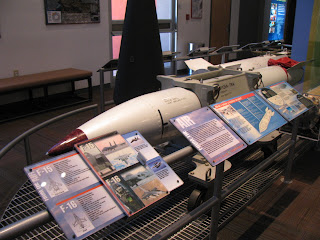 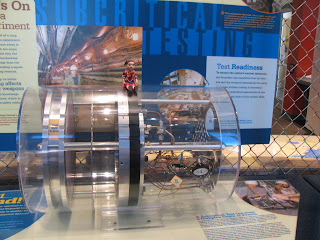 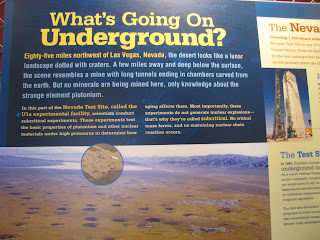 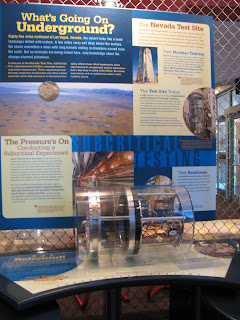 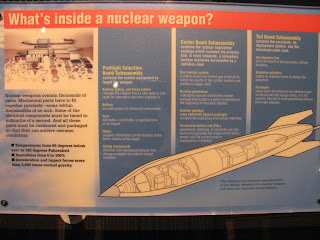 I believe these are models of the atomic bomb: 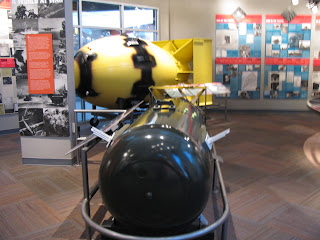 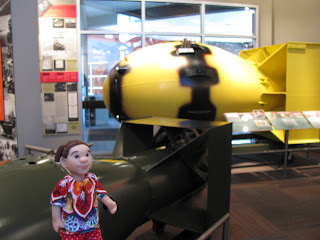 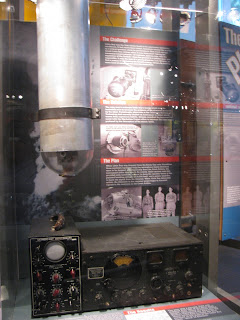 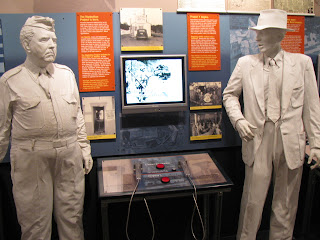 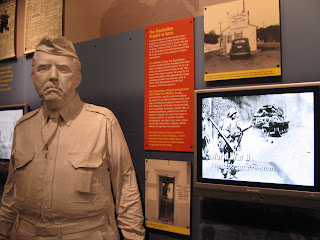 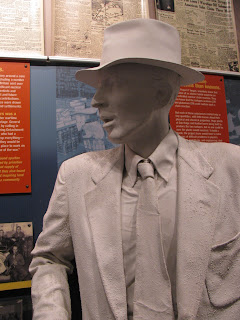 I believe this is a model of the explosive heart
of the atomic bomb: 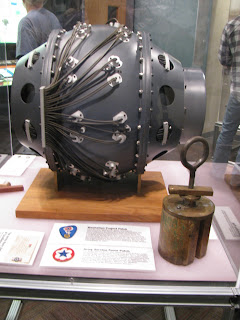 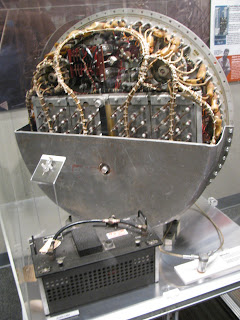 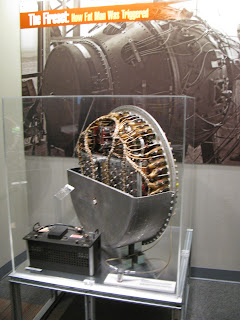 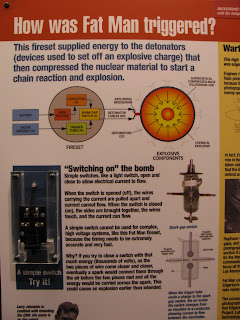 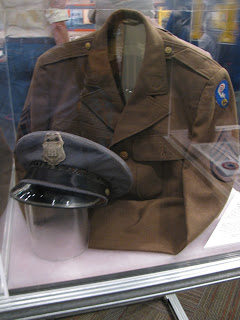 Detonation Device for the Atomic Bomb
Cameras use for photo and film documentation
used during scientific testing: 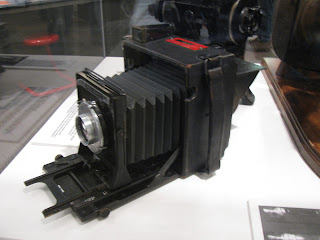 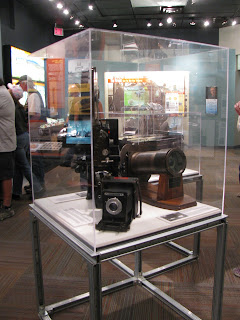 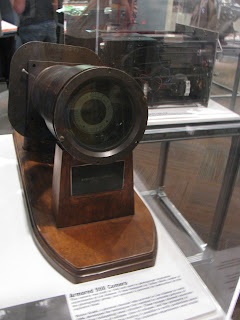 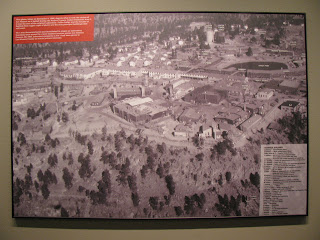 The Hands On Activity Room: 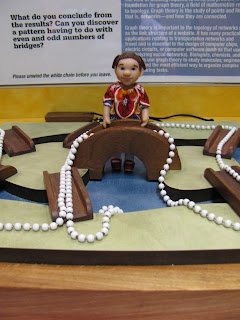 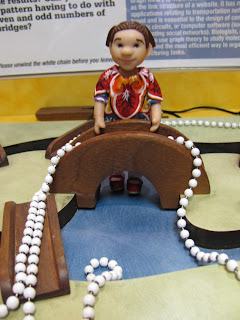 Can you wrap the beads over the bridges, crossing each bridge only once? 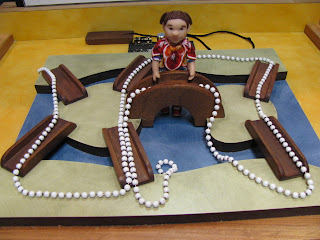 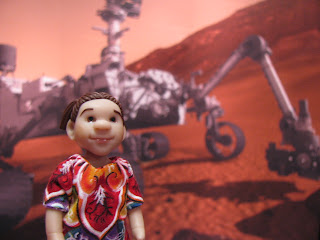 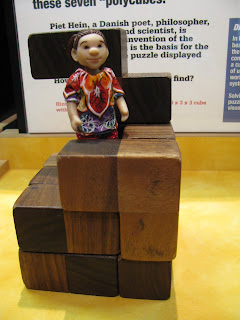 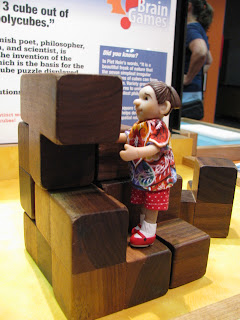 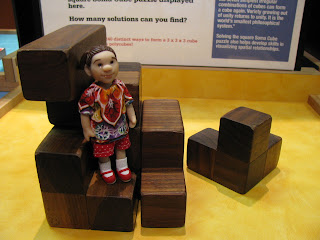 The museum has many models, graphic posters, and videos.
This 20 minute video was shown in their theater:

This was the most unusual museum I have ever visited. It is not something I would have chosen to go to myself, but I was visiting with family traveling through the Southwest, including my brother (a high school history teacher). I found the subject matter of the development of the atomic bomb and other warfare devices to be uncomfortable, but I learned something about Los Alamos that I had not known. The passion of the scientists to take the nuclear science of its time to the next level of potential was clear. There was a creative and intellectual drive to see what they could do. The country also was motivated to end World War II, believing that the Germans were also close to the discovery of atomic energy. There was a sense of reverence for the power they unleashed, and agree with it or not, it is a part of our history. The history that started here in the 1940's has contributed to our modern world with practical applications, and continues with the work done by Los Alamos National Labs (LANL).
Posted by Tracy at 9:20 AM