Today,
I visited The Albuquerque Museum!
Well, the museum was closed,
and doesn't allow pictures inside anyway,
so I visited the sculpture garden out front. 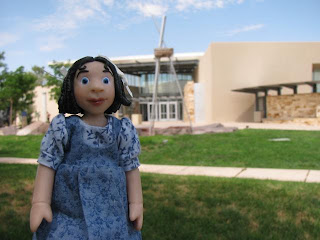 I saw a cowboy with his horse! 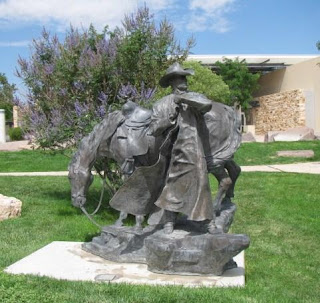 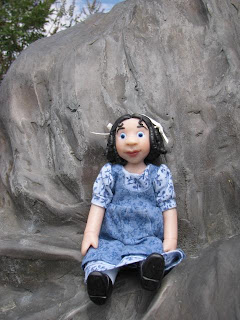 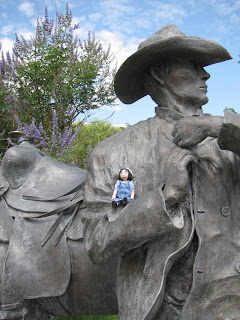 I saw the head of a man with a beard
that had rolled over.
That was weird, but interesting 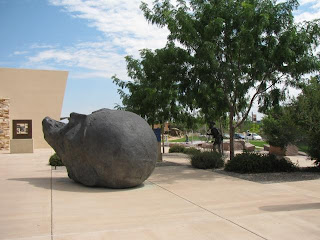 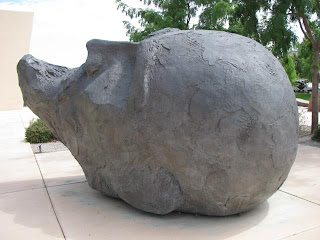 There were figures that represented the Southwest,
like coyotes and Native Americans. 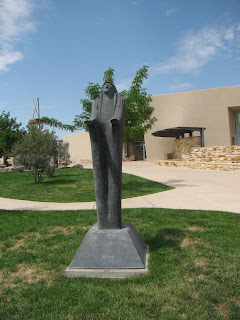 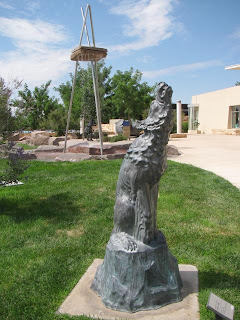 Sculptures of regular people sat off to the side. 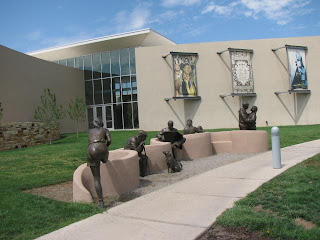 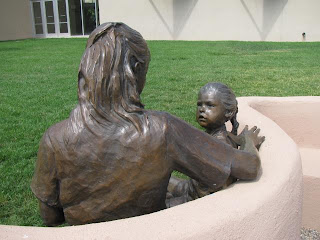 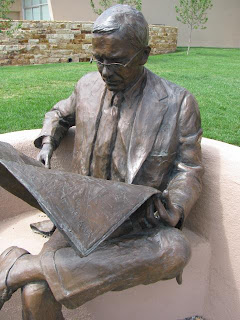 And some things were not people at all! 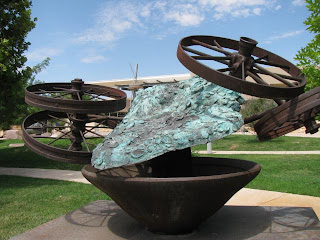 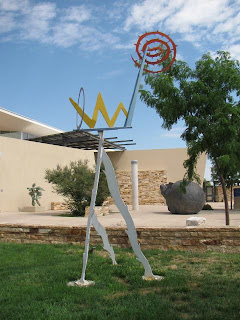 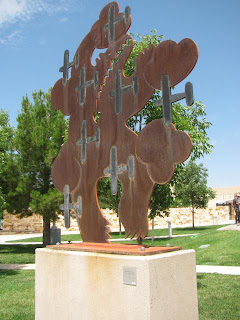 I liked the bears under the trees. 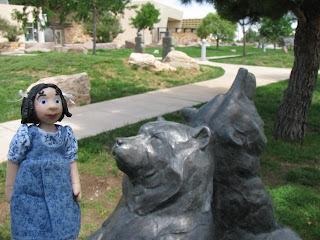 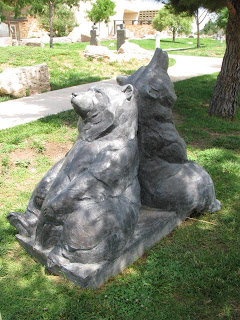 But my favorite part was the fountain!
The water comes out of a giant tripod,
and makes a stream down into a pond! 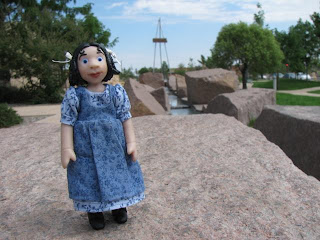 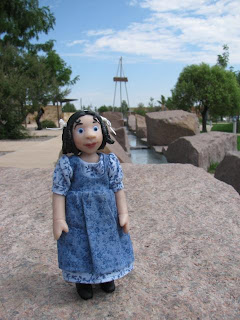 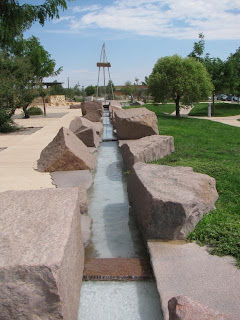 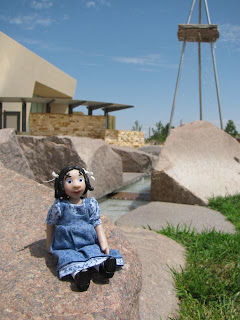 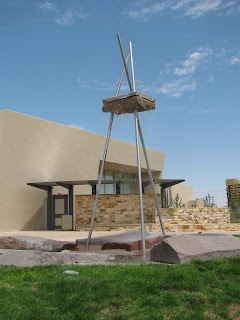 Okay, I wasn't going to tell you this story
but on the corner, there is a wall of sculptures.
It is the Spanish Heritage Wall.
Altogether, it is called "The Journey",
and it is about the Spaniards settling New Mexico. 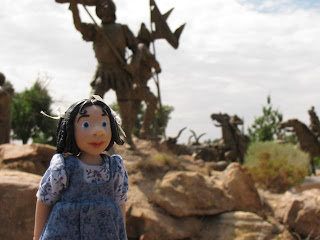 First came the conquistadors around 1540.
They were soldiers and explorers who thought they were going to find gold.
They were rude, rough, and had weapons they weren't afraid of using
on the indigenous people. 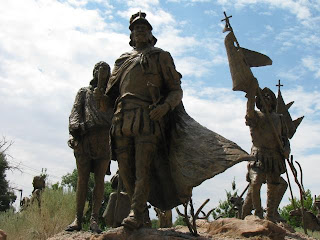 Then, came the Spanish friars to convert the indigenous people
to the Spanish religion of Catholicism.
Settlers with families and livestock also came to establish
this new territory for Spain. 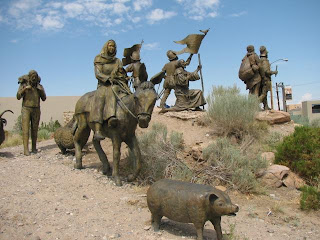 Oh,  yes! Livestock!
The Spaniards are attributed to bringing many things to the new world,
including horses, cattle, mules, donkeys, sheep, pigs and chickens! 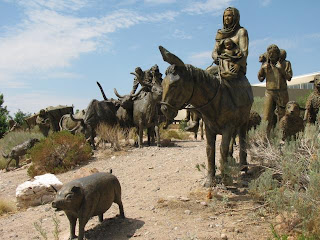 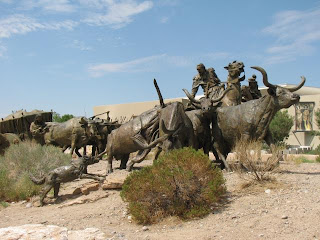 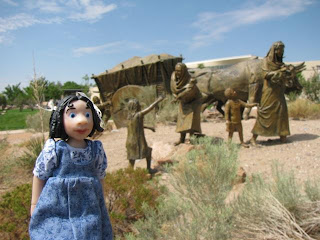 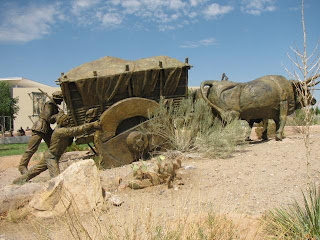 Can you imagine the parade up from Mexico?
That is probably why they made this wall to Spanish Heritage.
It is definitely very New Mexico!
Posted by Tracy at 12:19 PM