Today,
I discovered a beautiful part of San Diego's history.
I went to Balboa Park. 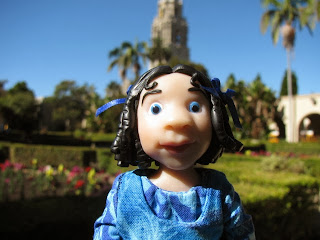 Balboa Park began as 1,400 acres of land set aside in 1868.
It was called "City Park", and had no formal landscaping.
In 1892, the process of beautification began with the contributions
of Kate Sessions, who planted 100 trees a year in exchange
for land to use for her nursery. 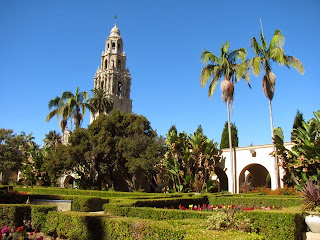 From 1903 through 1910, the city continued to
beautify the park with landscaping, water systems,
and roads. 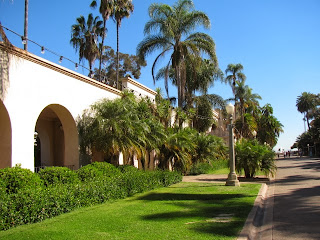 San Diego hosted the 1915 Panama-California Exposition.
In 1910, it was named Balboa Park,
in honor of Spanish born explorer, Vasco Nunez de Balboa,
the first European to spot the Pacific Ocean while on exploration in Panama. 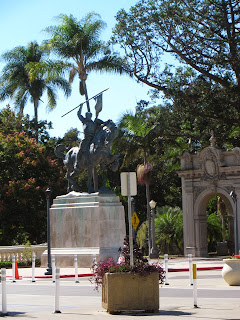 The 1915-16 Panama-California Exposition
commemorated the opening of the Panama Canal.
This historic event was the impetus for creating the park
as it appears today. Most of the Spanish style buildings
were constructed for the 1915 Exposition. 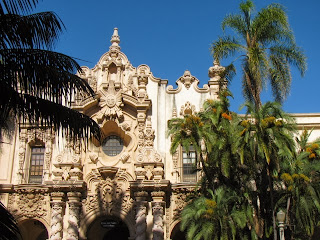 Many of the buildings contain museums,
but the San Diego Junior Theater and other
artistic venues are also housed here. 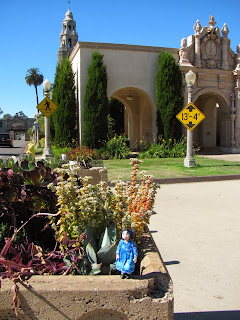 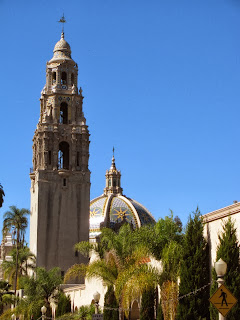 I love the Spanish arches! 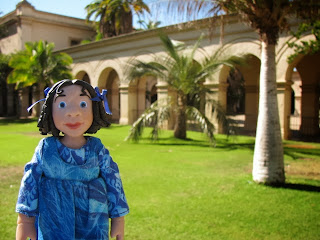 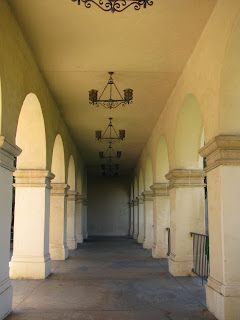 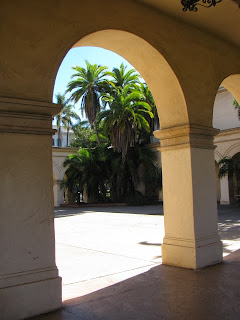 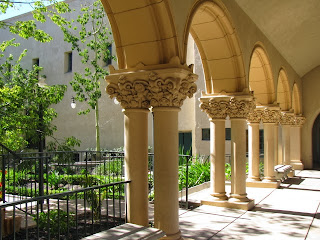 This Moreton Bay Fig was planted before 1915.
It is now over 60 feet with 120 feet spread.
It is a landmark in Balboa Park. 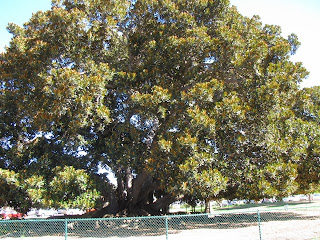 I also enjoyed visiting the Botanical Building and the Lily Pond,
which was built for the 1915 Exposition.
This is one of the most photographed scenes in the park! 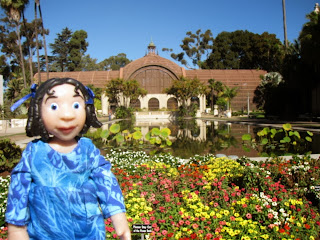 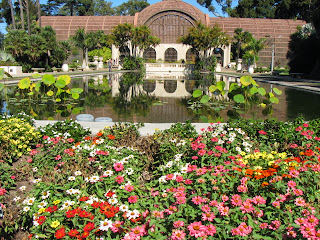 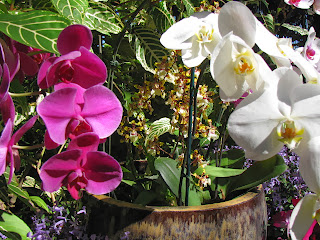 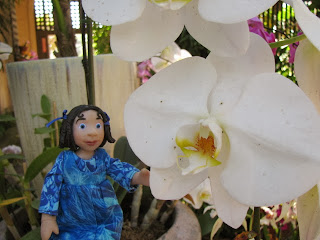 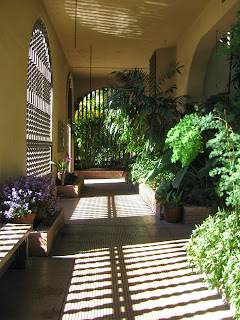 I continued my relaxing walk through the park,
taking notice of the fountains. 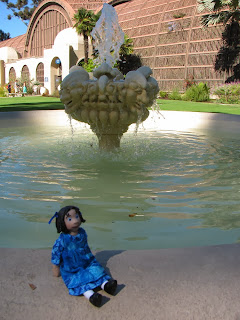 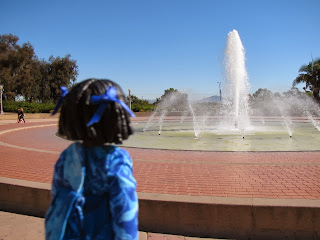 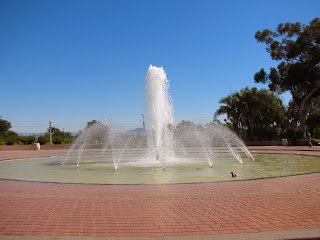 Balboa Park was also the site for the 1935-36 California Pacific International Exposition.
There were more buildings and areas developed at this time,
and the development of the park has continued through today.
For the complete history, visit
www.balboapark.org
which is what helped me with my research! 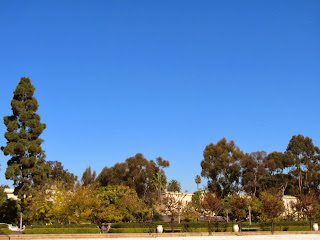 I am glad they have worked so hard to make Balboa Park
a beautiful and enjoyable place! 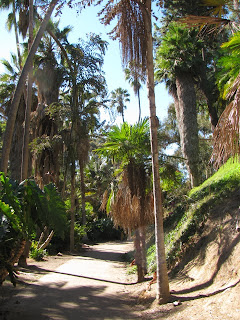 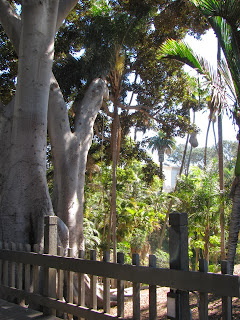